As the home of many immigrants, Europe is constantly changing.

Religion, as an element of society in its various forms, facets, colors and movements, is the spiritual substance that gives people peace and support in a heavily consumption-oriented world.

Religion is to be understood as an integrative component of a democratic society, in which the individual regards the freedom of religion as a fundamental human right and one of the most important basic rights of a citizen in a free world. Accordingly, the right to practice one's religion is a fundamental component of a functioning and pluralistic society. But religion should not and is not the primacy of a democratic basic order.

It should serve as a moral anchor to promote and maintain peace in society and to further develop dialogue with all people, whether religious or non-religious.

Members of Orthodox churches and their descendants in the third or fourth generation, who have their roots in the Middle East, Central Asia or even Eastern Europe, are facing immense challenges that can already be felt in the communities.

This raises the important question of how a Christian with an orthodox creed can become involved in a highly technological and digitalized society without losing his or her own core identity.

Often it seems like a balancing act between two worlds, which keeps the youth concerned.

On the one hand, it is democracy with all its advantages, which grants maximum freedom coupled with a lasting peace.

But it is often also this infinite freedom in which especially young people lose themselves and search for an identity-forming foothold.

Do we have to take new paths?

As the world is changing at an ever faster pace, even religiously minded European citizens cannot simply ignore the changes.

So it is now particularly up to the young people, who belong to different orthodox denominations, to find a balance which at the same time strengthens democracy in its roots, but also gives human religiosity space to escape the technological and consumption-oriented acceleration which is so mentally exhausting.

The Central Council of Oriental Christians has therefore decided not only to seek local dialogue among the communities, but also to promote and intensify it through lectures and workshops.

Once a year we also want to gather all young people and their clergy together to debate, discuss, argue and laugh about faith, democracy and the challenges of our time.

In 2019, this should take place for the first time, in cooperation with other organizations.

With the motto "Let us build bridges in faith" the event "Bridge Builders in Faith" will take place, to which we invite the youth.

But not only the exchange within the Christian community is important to us. Following our motto "Peace through Dialogue", we seek this sometimes critical but always on the same level with all other religious communities and their different movements. This happens not only in panel discussions, but also, for example, in informal gatherings of people of different nationalities, ethnic groups and faiths, as recently organized in cooperation with the association "Project Peacemaker e.V.".

Head of the working group: 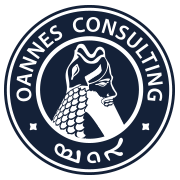 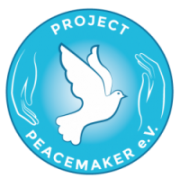